Fred. Olsen Cruise Lines offers a wide range of cruises departing from the UK and visiting many destinations in the world including Europe, the Mediterranean, the Carribean, and attractive places on all 6 continents.

Disney Cruise Line is offering cruises departing from Florida, Texas, Canada and Spain sailing to destinations such as the Bahamas and the Caribbean, Italy, Spain and Greece and designed for the perfect family holiday. 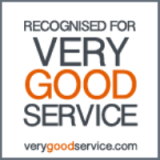